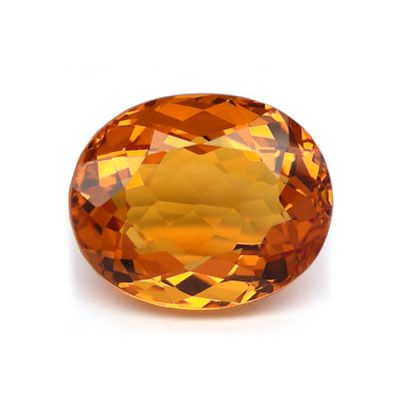 Citrine stone is undoubtedly a very popular gemstone.  It had been around for several centuries, and it had found a use for several purposes. It is a rare item, and it is also kept as a gemstone, just like a diamond, emerald, and the likes. Over time anyway, it had become more available than it was in times past. Consequently, it is being used in making jewelry of different forms.  Its use as jewelry began with the ancient Romans. Aside from being used in making jewelry, Citrine also found use in intaligo works by the ancient Romans.

After the ancient Romans, its use as jewelry was halted for unknown reasons, but it was given a  rebirth in the 19th century the Art Deco period that came up between first and second world wars saw a lot of Citrines being used in making artworks and jewelry of various types.  Lots of Art Deco inspired jewelry could be seen within this period.  They were massive and elaborate, and Citrine forms integral parts of this jewelry. Many of these elaborate decorations using Citrine were made for Joan Crawford, Greta Garbo and several other Hollywood stars of those days.

Uses of Citrine in making jewelry

The story is however different a little these days; Citrine stone is not as rare as it was in times past. In those days when it was a very dark gemstone, its use was linked to luxury and opulence. However, no opulence is traced to it these days since virtually anyone can afford it. It is now common, and virtually anyone can have it.

Despite the lackluster situation described above, there seem to be a new rush for Citrine gemstone in recent times. It is more like people now getting to discover how precious the gemstone is and it is now being used in making all sorts of jewelry like never before. There is a kind of full-scale renaissance for the gem, and it is now among the trendiest in the world of jewelry making.  Jewelry makers utilize different forms of Citrine to make all sorts of jewelry. They also cut it to various sizes to suit their personal expectations.

Many of those that have discovered renewed desire for the gemstone are the low-income earners, who cannot afford the more expensive jewelry. If you are on a budget and you desire to give your wardrobe a new touch, then you can shop for jewelry made of Citrine gemstone. There is no better way to get into the groove at a highly affordable rate than this.

The gemstone is available in different colors, and it can be molded to different designs.  Due to its popularity among low-income women, it is already giving the more expensive jewelry a good run for their money.  The positive attributes are also numerous.

Aside from being useful as jewelry, the Citrine gemstone has also been found to be useful in curing many ailments, like digestive diseases, kidney disease, and urinary diseases.  Its clearing effect on the body system has also been well documented. Consequently, it can prevent the toxic effect of many drugs.